020 8017 1029
info@probatelondon.co.uk
We are open for business and welcome your call
Regarding COVID-19, read our duty of care here.
PROBATE HELP AND ADVICE

We have over 15 years’ experience handling probate and administering to people’s estates. Here we’ll share the latest news from the industry and well as some helpful guides for those who find themselves in the unfortunate situation of having to tend to someone’s will.

Speak to an Advisor Explore More

Bankruptcy, beneficiaries, and executors – what are the issues?

Finding the right executor is an important consideration when preparing a will. Sometimes, though, things change, and life has a way of throwing curveballs. Your well-chosen executor may find that they need to declare bankruptcy somewhere along the way or your beneficiaries may find themselves in such a position. What are the implications on your will when the time comes to file probate and distribute your estate? We take an in-depth look at this to help you get the facts.

From a beneficiary’s perspective, there are implications to inheriting assets. This is because part or all of that inheritance may have to be used to pay off debts, which would not happen directly. In an ideal world, should a beneficiary become bankrupt at any time they would inform the trustee or executors of an estate, but this doesn’t always happen.

The first task before probate is lodged should be to check the solvency status of beneficiaries, trustees, and executors. For those who are UK based, this is a simple task of checking the Individual Insolvency Register. This holds information on bankruptcies, debt relief orders, and individual voluntary arrangements.

Keep in mind that individual voluntary arrangements will not be as restrictive when it comes to beneficiaries receiving their share of an estate and that bankruptcy orders may have expired but not yet been removed from the database, so it worth following up on any findings. For those who have individual voluntary arrangements in place, it should still be possible to have an inheritance paid out. However, a beneficiary with such arrangements in place could still be declared bankrupt, making such checks just as important to carry out.

If a beneficiary is overseas, such checks should be carried out in the country in which they reside. This could either be done through a local solicitor or by using an agency in the UK with links to that country that could carry checks out on their behalf – in fact, this is something that we specialise in. Talking to us or your probate manager in the first instance to determine the best and quickest way of getting such checks completed.

What happens if you don’t run checks?

Failure to run such bankruptcy checks could have implications for both the executor and beneficiary. Should an executor, or any solicitor acting on their behalf, fail to check a beneficiary’s status the trustee in bankruptcy could sue for the amount that is paid out to the beneficiary.

For more detailed advice on bankruptcy checks and their implications on the estate of a loved one get in touch with our team at IWC Probate Services. Find us on 020 8017 1029 or by dropping us a line at info@probatelondon.co.uk for an initial discussion or to make an appointment. 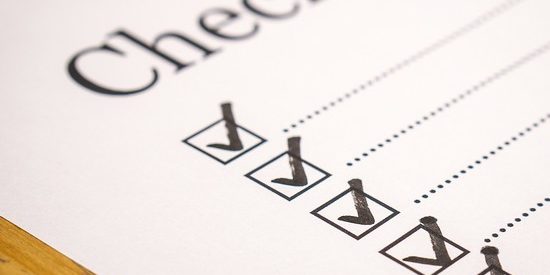 Challenging a Will
26th February 2020

The impact of not having a Will
20th December 2019

Find out more or adjust your settings.

This website uses cookies so that we can provide you with the best user experience possible. Cookie information is stored in your browser and performs functions such as recognising you when you return to our website and helping our team to understand which sections of the website you find most interesting and useful.

Strictly Necessary Cookie should be enabled at all times so that we can save your preferences for cookie settings.

If you disable this cookie, we will not be able to save your preferences. This means that every time you visit this website you will need to enable or disable cookies again.